Yesterday, we took a look at the Mistakes I Caught On Raw. Today, I really feel the need to do the Raw Recap. In memes.

Let’s get right into it.

While I admit Cena once again got a very strong promo out of himself to start off Raw, I also thoroughly enjoyed something else about this segment: “You can’t wrestle in those sneakers. Oh that’s right; you just can’t wrestle.”

While I realize Cena’s ability to wrestle can only be questioned when he decides to visit the Hurracunrana-Flying Fameasser-Monkey Flip department… hearing that phrase said in such a way got a reaction from me.

Thank you Bobby Williams, for this meme idea, as we appoint: 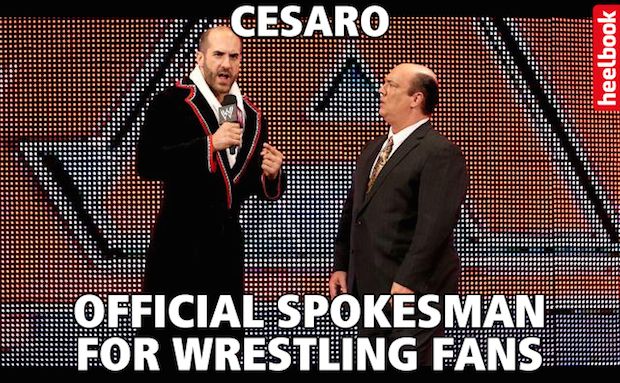 The Authority was in the ring, doing their best to portray a repentant Stephanie – which is what one does to avoid prison time, remember that.

They decide to call Brie Bella out to smooth things over face-to-face. When she finally does, she looks remarkably like the Troll Master General himself, Chris Jericho, who takes it upon himself to interrupt and run down The Authority.

Given Brie’s not-so stellar record on the mic so far (which I get into below), I wouldn’t mind if this was the system from now on: 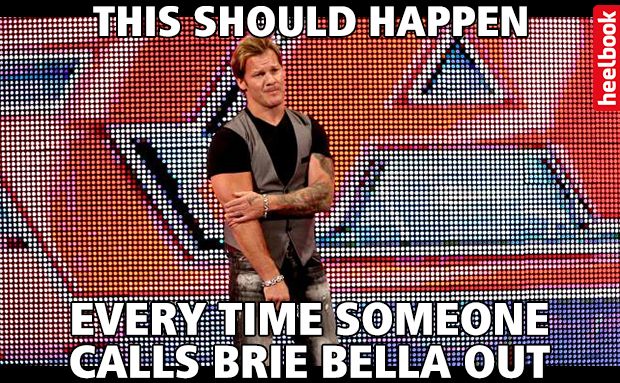 Damien Sandow has been Charlie Haas’d for a significant number of weeks now. The con is that he isn’t exactly in the middle of his career-defining push. The pro is that he’s on TV every week and he’s showing he can deliver something fresh and different every week, even if it’s a talent-enhancing comedy segment.

I hope he gets there. So, in his honor, your Sandowese Lesson for today: 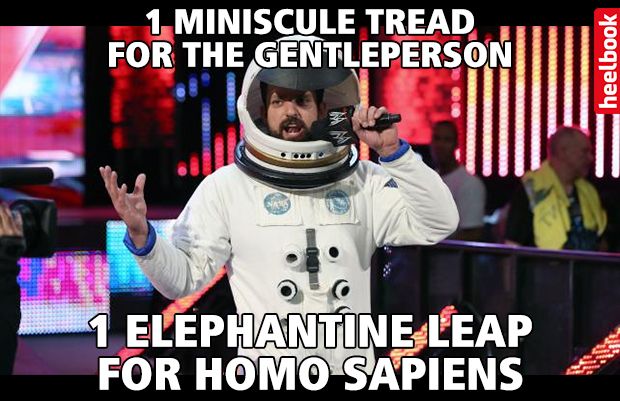 The wrestling consumer in me was surprised to see this match on Raw, particularly Diego’s participation, especially when Ambrose only got into it in the dark match and there were no “Nation of Domination” developments.

But mostly, this is what I thought of this segment: 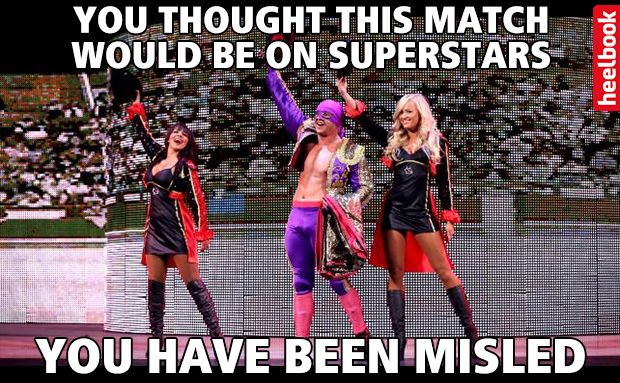 As mentioned yesterday, The Streak Is Over. Bo Dallas joins The Undertaker as — you know what? I’m not even going to pretend both were on the same level. 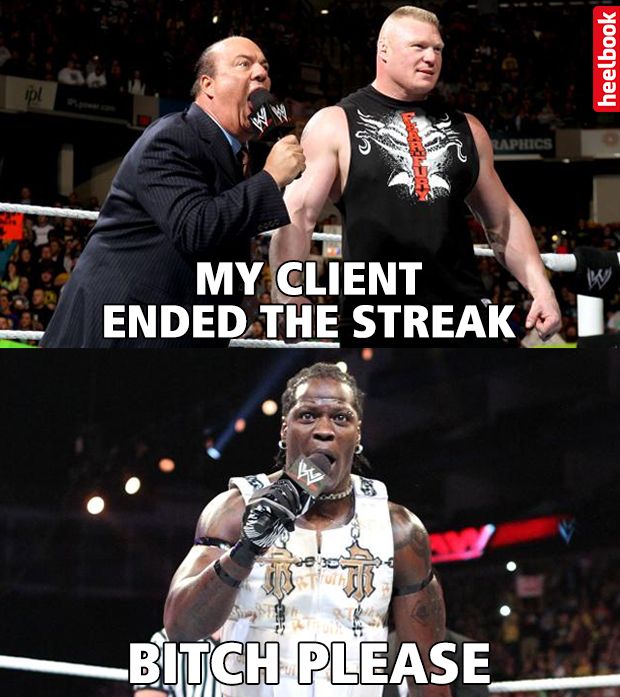 And I can’t Bo-lieve you would either.

When I see Brie’s promos, I feel like I’m seeing someone whose energy is 50% on delivery and 25% on remembering what was written in her script and 25% still getting comfortable. While I would never discount her effort, she still doesn’t have it.

And, on a less serious note, isn’t the word “Bitch” been a real champ in these promos? Anytime Brie’s gets close to hammer her point home – which usually means insulting the Billion-Dollar Princess – you can just see it coming… ain’t that right, Jesse? 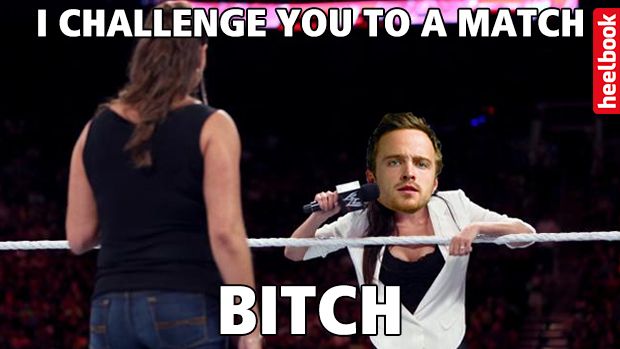 If you caught the last few seconds of Raw, you saw WWE use the “Held Apart From Brawl” angle from EWR, as Stephanie and Brie are separated by “officials”.

However, what you heard was the real kicker. With Stephanie already out of the ring and being taken to the back, vocal segments of the crowd get together for – not “CM Punk” chants – but this: 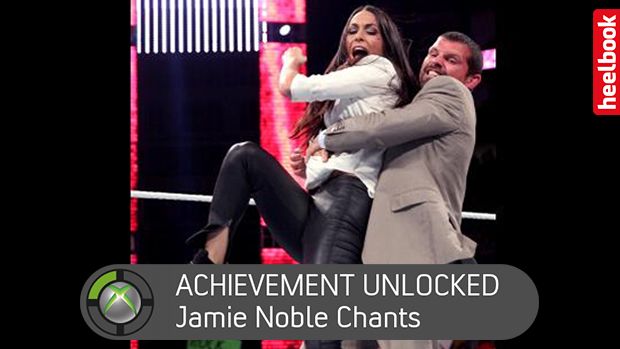 If it was just a random hijack or them voicing the displeasure, I’d love to know. But it was a funny troll either way. However, for the circle to be complete, as I mentioned yesterday, they should have chanted for James Gibson.

Now, before you go on to our final #8, take a moment to visualize Jamie Noble getting through the curtain only to get yelled at by Vince, dammit!

A final note on the closing segment.

While it is somewhat surprising this is the program that closed out Raw, it also isn’t, mainly because of how masterful Stephanie McMahon has been at getting heat on herself since she’s been back in the heel spotlight.

While I’d make Heyman number 1 at hyping a match and making it feel significant, I’d have to rank Stephanie as the top heat magnet. Her execution of the high-powered corporate “unnamed goat” (as Piper used to say) is stellar. And while we see through her shroud of faux-contrition, at no point does that stop us from wishing she’d get hers. In fact, we insist on it. In other words, she has done her job as a heel.

So, in conclusion, and because I know I look better ending it with something other than a bitter heelbook put-down: 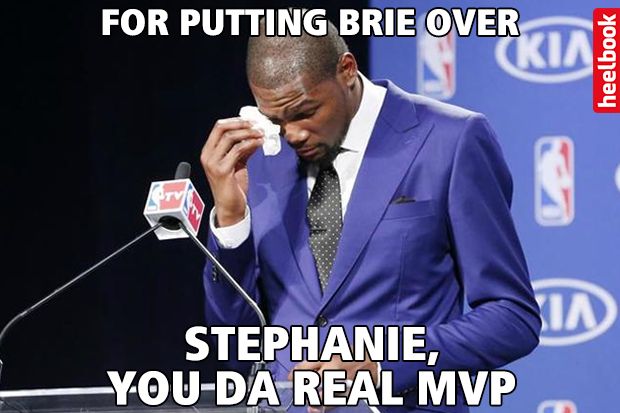 What did you think of Raw this week? Let me know below. Also, are you getting a kick out of this new heelbook.com format?

Heelbook is a former social media page, now hellbent on wreaking havoc on the Internet.
Related Items
← Previous Story 5 Mistakes I Caught On Raw: July 28th, 2014
Next Story → The 7 Reasons Why 128,000 Subscribers Left The WWE Network